Android started with humble beginning but with large hope of replacing smartphone OS. After taking over smartphone and tablet market, it has forayed into many other promising areas in gadget world. So this post lists out some of the Android powered gadgets.

Along with Android based phones equipped with good mega-pixel cameras, companies like Nikon, Canon and Samsung have developed cameras with Android. These devices have access to Android apps and can connect to the internet via Wifi and 3G. Internet access allows real time sharing of pics with friends and family instantly.

With Intel recent announcement of coming up with Bay Trail chips that will power $200 touchscreen laptops, it was more indicated toward Android powered laptops. Currently there are Android notebooks present like Asus; Transformer powered with Ice Cream Sandwich with Full HD display, QWERTY keyboard and touchpad for input along with touchscreen. The notebook can be used as household computer, browse web, watch movies and to play Android games.

Play Angry Birds on your favorite smartphone or tablet, but there are Android TVs available to facilitate the same. You can use your Android-powered TVs to access internet, download favorite apps from Google play store, watch Youtube Videos and chat with your friends on Facebook, Gtalk, Twitter. Some of the companies that manufacture Android TVs are Lenovo and Sony.

Do not worry if you don’t have Android-powered smart TVs, there are set-top boxes powered with Android streaming media to your TV and full access to Google Play store.

Samsung HomeSync box running Android Jelly Bean can be controlled by smartphone or tablets,others are Amkette, Portronics, Kickstarter with Android devices for your TV.

Now not only play games on your Android phones or tablets, but have gaming consoles running on Android. Wikipad is a video gaming tablet, running on Jelly Bean with 10.1 inch screen. The tablet features a detachable controller with dual-analog sticks. The console would have access to games on Google Play and console quality PlayStation titles from the PlayStation library too would be available.

Ouya is a video game console running on Android 4.1 Jelly Bean, is due to be released mid of this year.

Android-powered watches comes with a custom version of Android, which offer instant alerts and other information like news, weather, Facebook or twitter updates.Texas Instruments, Motorola, Sony, WIMM and I’m are the companies having their watches in market, with many others under development. These watches can be linked to your smartphone via Bluetooth to alert you about appointments, e-mails and social updates.

Android@Home, Google’s attempt to a foray into home-automation market. Although nothing substantial is out from Google to be discussed about, but Android@home will let you control every household items from your washer, dryer, light bulbs, entertaining system and other appliances.

Google Glass is a computer with head-mounted display that you can wear as spectacle. It has a camera, display, touchpad, battery and microphone. Google Glass display information in smartphone format as a 25-inch HD screen from eight feet away.

You can use Google Glass as a navigation device with Google Maps, held video conference with friends through Google Hangout, take pictures and share them with your friends instantly. 🙂 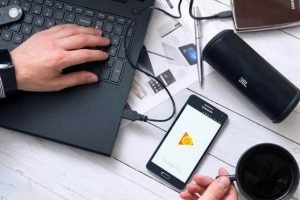 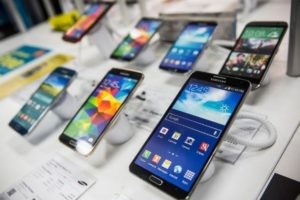